"Countdown" is from John Coltrane's record, Giant Steps. Coltrane and his group recorded the album in May and December 1959 and it was released the following February. The song "Countdown" includes Coltrane on tenor saxophone, Tommy Flanagan on piano, Paul Chambers on bass, and Art Taylor on drums.

Coltrane started with the harmony and form of "Tune Up," a tune by Eddie Vinson although often attributed to Miles Davis. "Tune Up" follows a sixteen measure form and cycles through a ii V I's where each I chord is a whole step lower than the previous. Measure 13-16 break the pattern before the form restarts. Coltrane inserted the falling major third modulation patterns from the tune "Giant Steps." The added chords make the overall harmonic rhythm of the song faster.

After a drum introduction, Coltrane launches straight into his solo. The head melody only appears at the end of the recording. Taylor accompanies Coltrane for the first four choruses. Then Flanagan joins their duet starting in the fifth chorus. Chambers adds the bass for the melody at the end.

Lots of sources discuss key centers that lie a major third apart and Coltrane's interest in them and application of them within the jazz world (see the title track "Giant Steps" as well as the Rodgers jazz standard "Have you Met Miss Jones?"). For this post check out how frequently Coltrane relies on a simple four note pattern to get through all of the rapidly moving chords. Look for scale degrees root, 2, 3, 5 either ascending or descending. In the following image the ascending instances are highlighted in green and the descending instances are highlighted in yellow. Coltrane's solo is positively replete with this variations of this root-2-3-5 pattern. 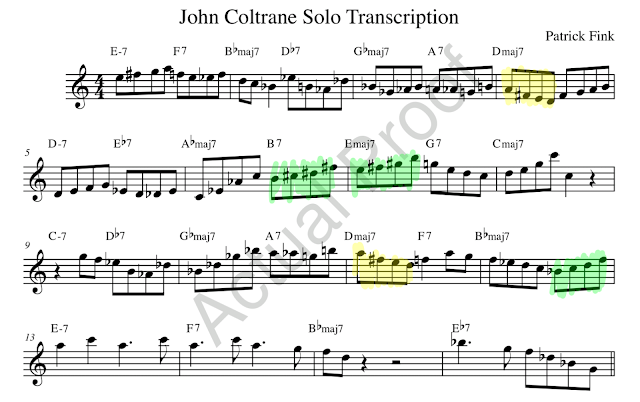 The following is a complete transcription of Coltrane on "Countdown" without any highlighting. 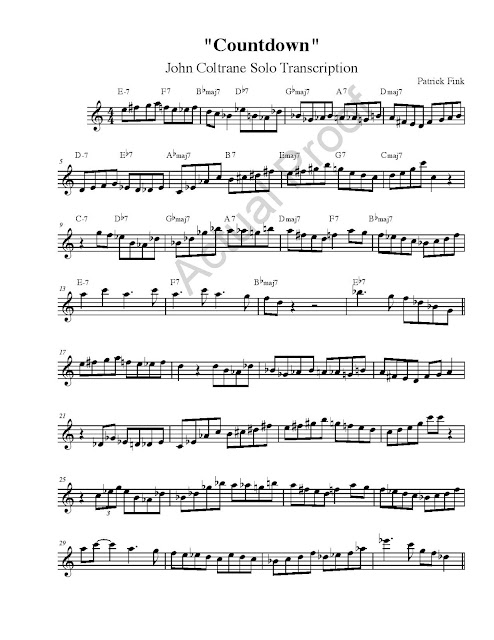 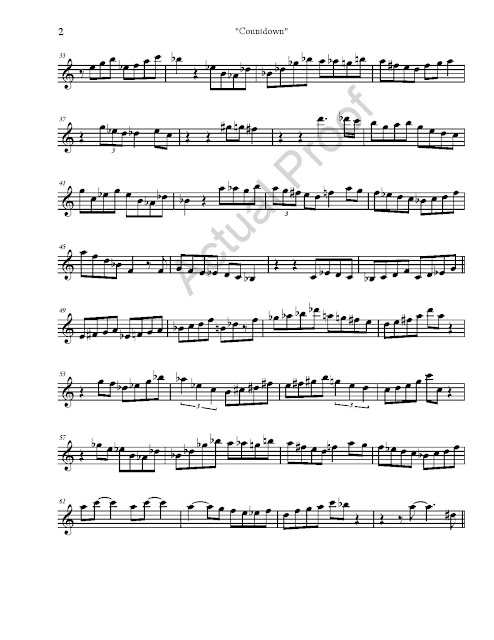 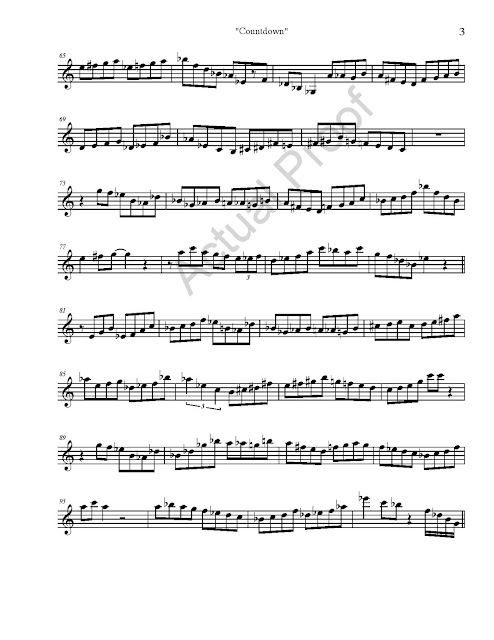 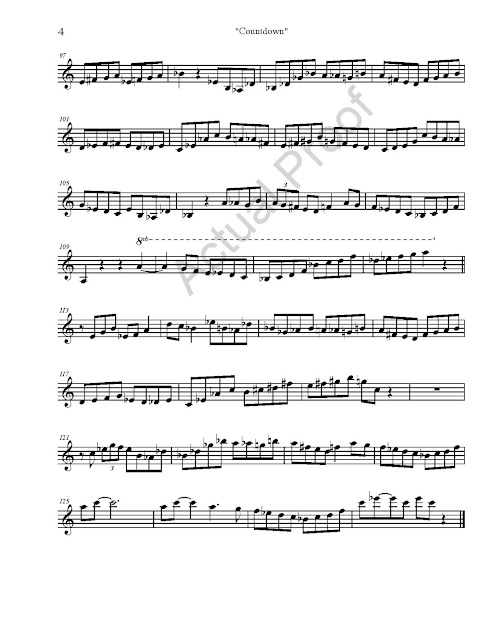