On that line of assumption, this post contains brief analysis and a transcription of pianist Keith Jarrett soloing over the Sonny Rollins rhythm changes tune "Oleo."

My Foolish Heart is live recording by Keith Jarrett with his regular rhythm section of Gary Peacock on bass and Jack DeJohnette on drums. It was recorded in July 2001 at the Montreux Jazz Festival and released six years later in 2007.

Keith launches straight into eighth-note based lines on this solo. The comparatively brisk tempo of this recording brings a degree of intensity to the improvisation. Keith maintains this degree with his solo rather than scaling things back in his first chorus and builds intensity from that point.

Any perusal of uptempo rhythm changes reveals soloists frequently reducing the harmony of each eight measure A section to simply Bb and then more precisely spelling out the harmony on the B section with the chain of dominant seventh chords. On this recording, Keith plays lines that indicate him following harmony that changes mostly every two beats in the A sections. He does not reduce those parts of the form to simply Bb. This occurs throughout all nine choruses of Keith's solo.

Also worth pointing out is a substitution that Keith uses to conclude the bridge. In place of the last two measures of the B section, which usually follow a dominant function, Keith inserts a chromatic ii V.

This alteration is particularly evident in the third and fourth choruses (m87 and m119).

Another worthwhile aspect of this solo remains how Keith plays with the placement of his lines. At the beginning of his third chorus, Keith displaces the harmony and delays everything by one quarter note. See measures 67-68. The lines are arpeggiating descending chromatic minor seventh chords and change on the second and fourth beats of the measures instead of the first and third.

Last, the group makes a tiny error with the form and skips an A section. This happens in the seventh chorus. This deserves a mention not to diminish Keith or the group's artistry but rather for thoroughness.

And here is a full copy of Keith's solo. They maintain comparatively strict copyright control over the recorded audio thus the posting without a link to listen. Enjoy. 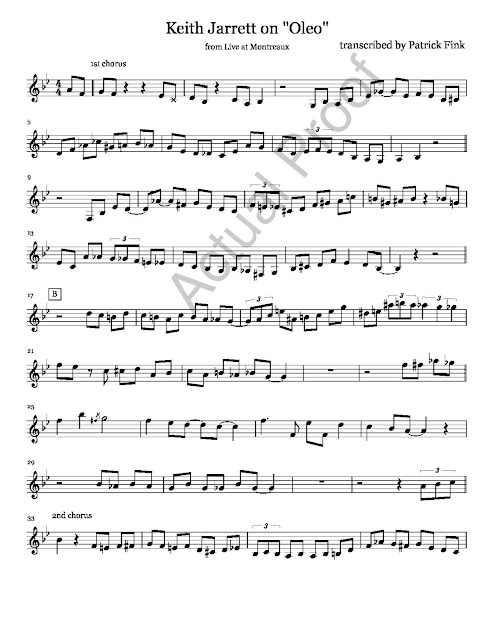 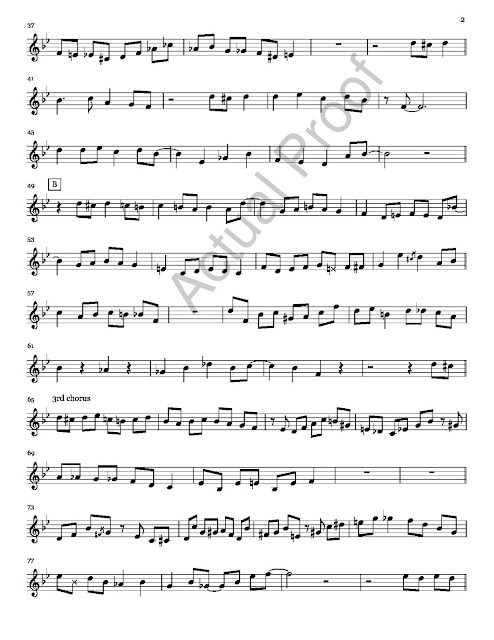 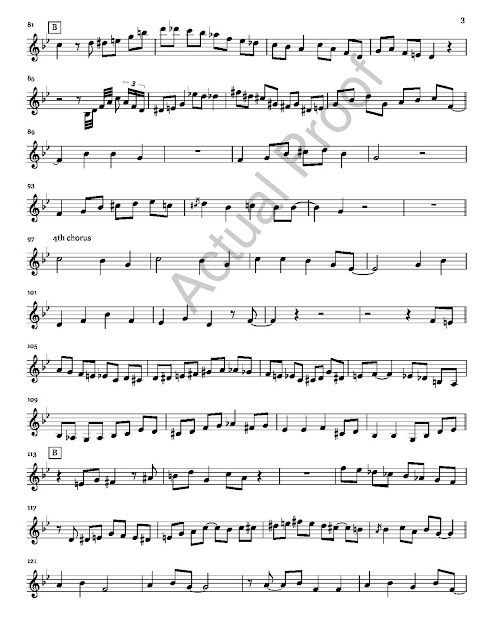 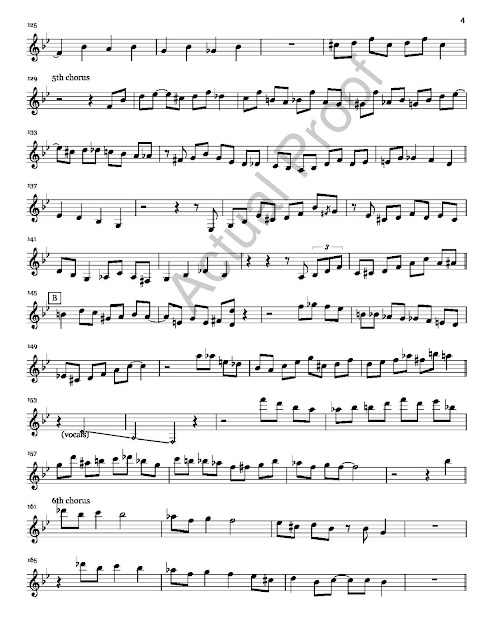 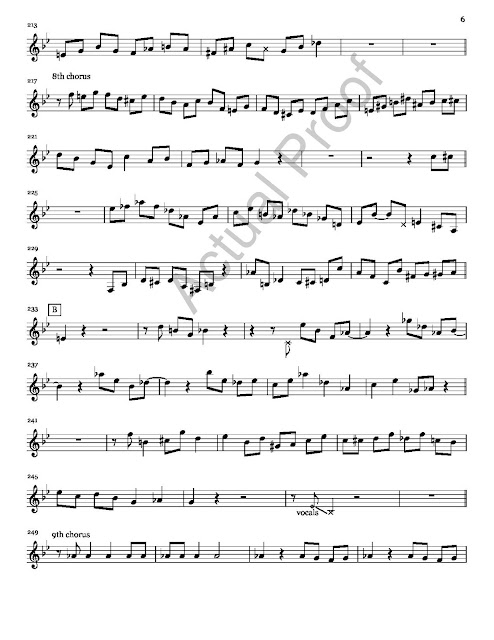 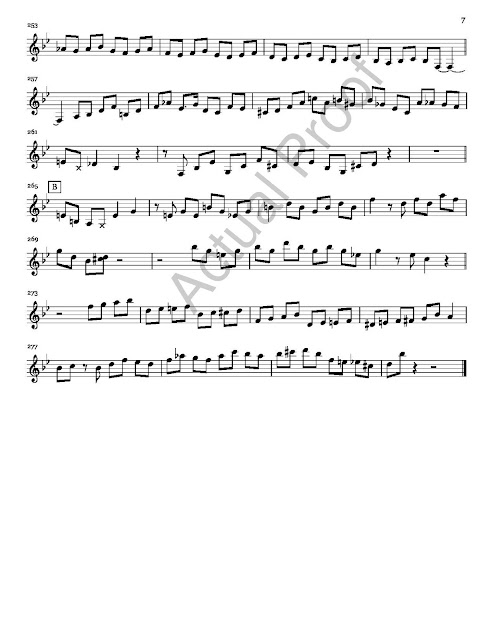 Portions of this content were originally published on 29 April 2016 on youtube.
Posted by Patrick Fink at 2:50 PM