This post delves into one of Herbie's first recordings with the legendary bandleader and trumpet player Miles Davis.

A multitude of sources detail the lineage of the Davis band. Basically, Donald Byrd recommended Herbie Hancock and he joined in the spring of 1963. The first Miles Davis record with Herbie on it is Seven Steps to Heaven. Herbie plays on half of it, Victor Feldman plays on the remainder. Victor Feldman wrote the title track but the take included on the album features Herbie instead. Refer to the liner notes of the album or this web site for more details on the recording dates.

The rest of the band for this take of "Seven Steps to Heaven" includes George Coleman on tenor sax, Ron Carter on bass, and Tony Williams on drums. Here is a link to the recording on youtube. Herbie's solo begins around 4:30.

The tune follows a typical 32 measure AABA form. The A sections begin similar to the Charlie Parker tune "Confirmation". Both tunes are in F Major and use the same chords for the first three measures.

The B section of "Seven Steps" starts on the dominant (C Major) and cycles upward to tonal centers that lie a minor 3rd apart from each other.

Herbie solos last after trumpet and sax solos. He takes a short solo; Herbie starts, plays the chord changes, and finishes. Despite the short overall length, Herbie exhibits a wide variety of phrasing for his right hand lines. Herbie crafts his melodic material to both coincide with the strict four measure phrasing of the tune and contradict it.

The first phrase - after the solo break - targets the downbeat of the third measure. On the D-maj7 chord Herbie lands on the seventh (C#). It is the first emphasized non-diatonic note of Herbie's solo. The E and D that follow resolve the tension and finish the first phrase. After some punctuation from Herbie's left hand he begins another phrase. This second phrase targets the downbeat of measure seven. On the Eb7 chord Herbie lands on the ninth (F). The remainder of this second phrase spills all the way into measure nine.


Shaping the first two phrases around these climaxes orients the listener. It establishes a connection between Herbie's solo and the lengths of the original melody (four and two measure phrases). Examining the pitches and their directions, this pattern also shows the balance. Compared to the remainder of Herbie's solo these first two phrases change direction infrequently. The notes ascend or descend with few diversions from those two strict options. This combination of pitch content, phrase length, and shape provides a context for the remainder of the solo; and Herbie explores variation with all three of those traits.

Later at the beginning of the second chorus, Herbie shows another concise example of the depth of his phrasing. At measure 33, Herbie plays a six note pattern. Comprised of a quarter note, four eighths, and another quarter note, this idea accents the downbeat of each measure. In the next two measures, he transposes the six note phrase up a half step in each measure. This strict use of a pattern implies the tritone substitution of Eb7 in place of E-7b5 and A7. Also, the first and last note of this pattern (D, Eb, E, and ending on F) create contrary motion against Feldman's original descending harmony.

The remainder of the this phrase from measure 36-40 flows in long mostly scalar parts that span two octaves of the instrument. Measure 40 arguably sounds comical; after such intricate phrasing, melodic shapes, and quality substitutions the listener gets three beats of bebop cliche.

Here is Herbie's entire solo on the tune. 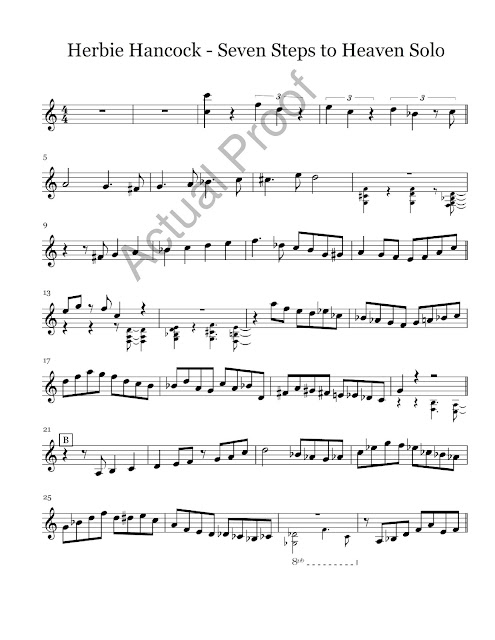 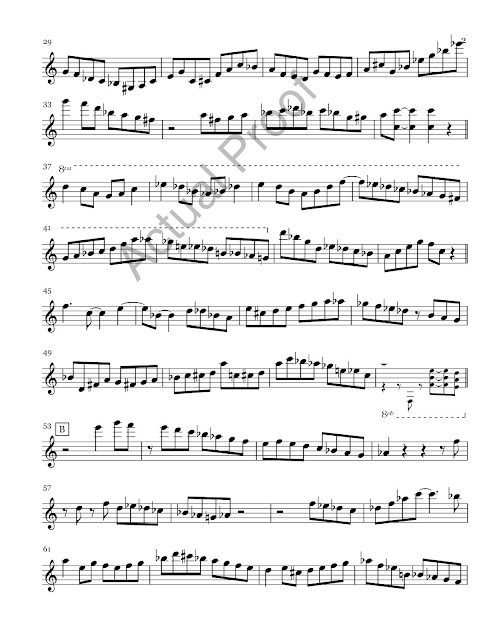 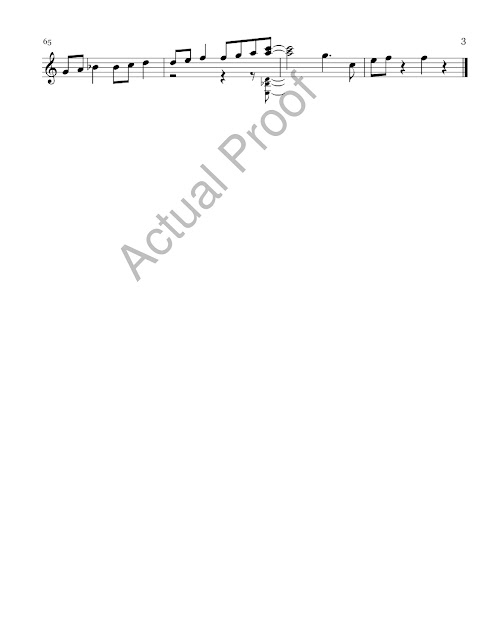 *Originally published under a pseudonym on November 10th, 2014.
Posted by Patrick Fink at 1:44 PM